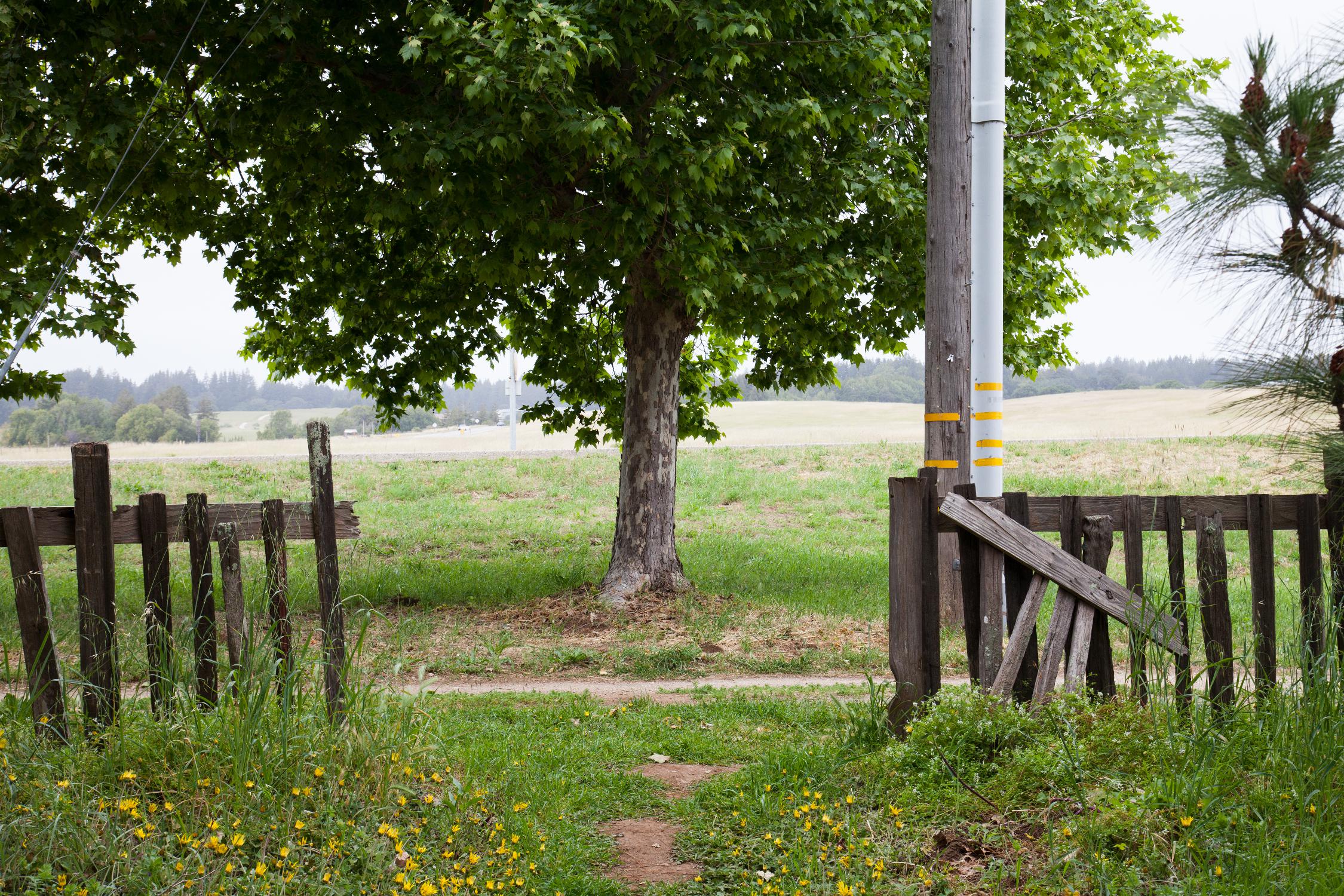 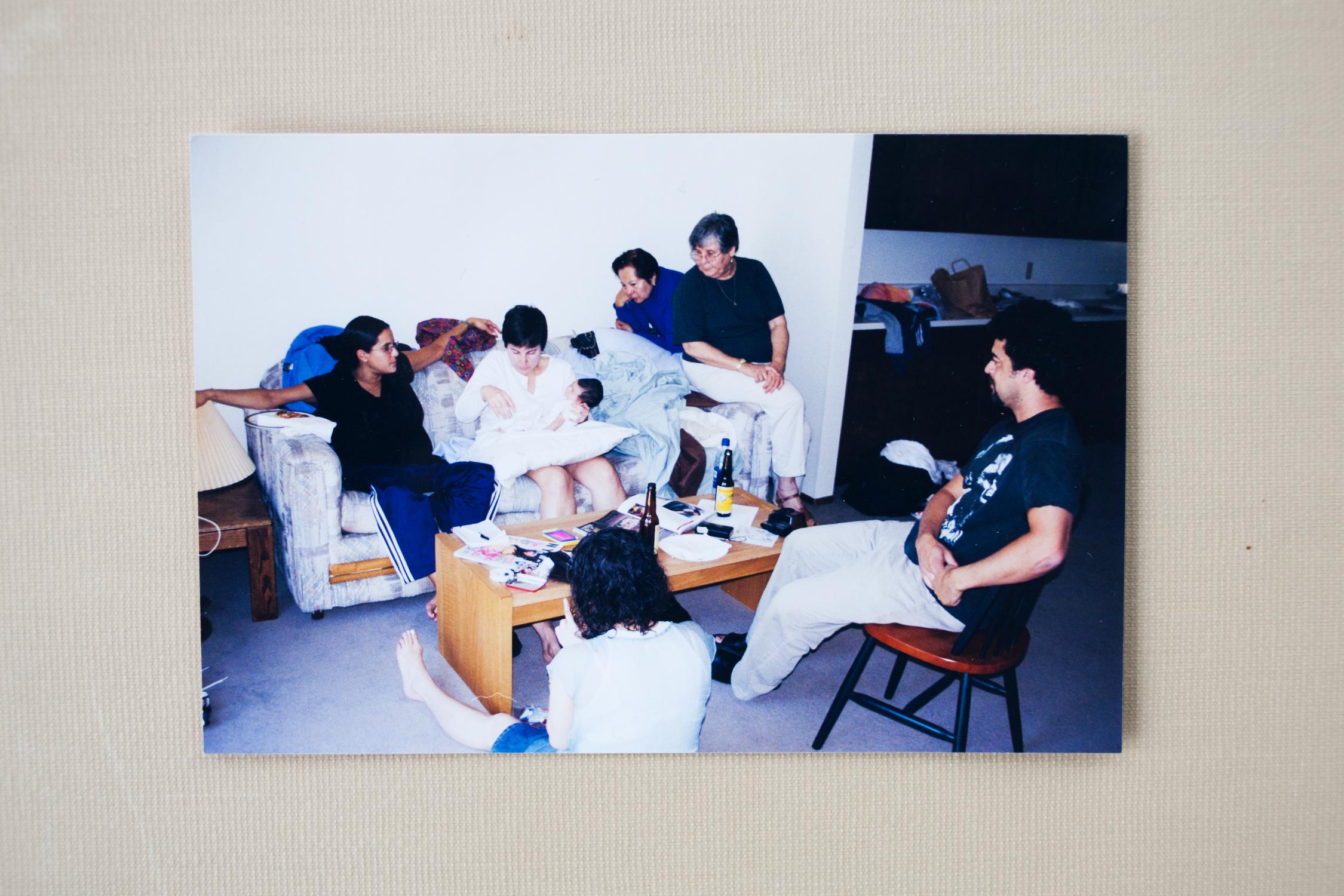 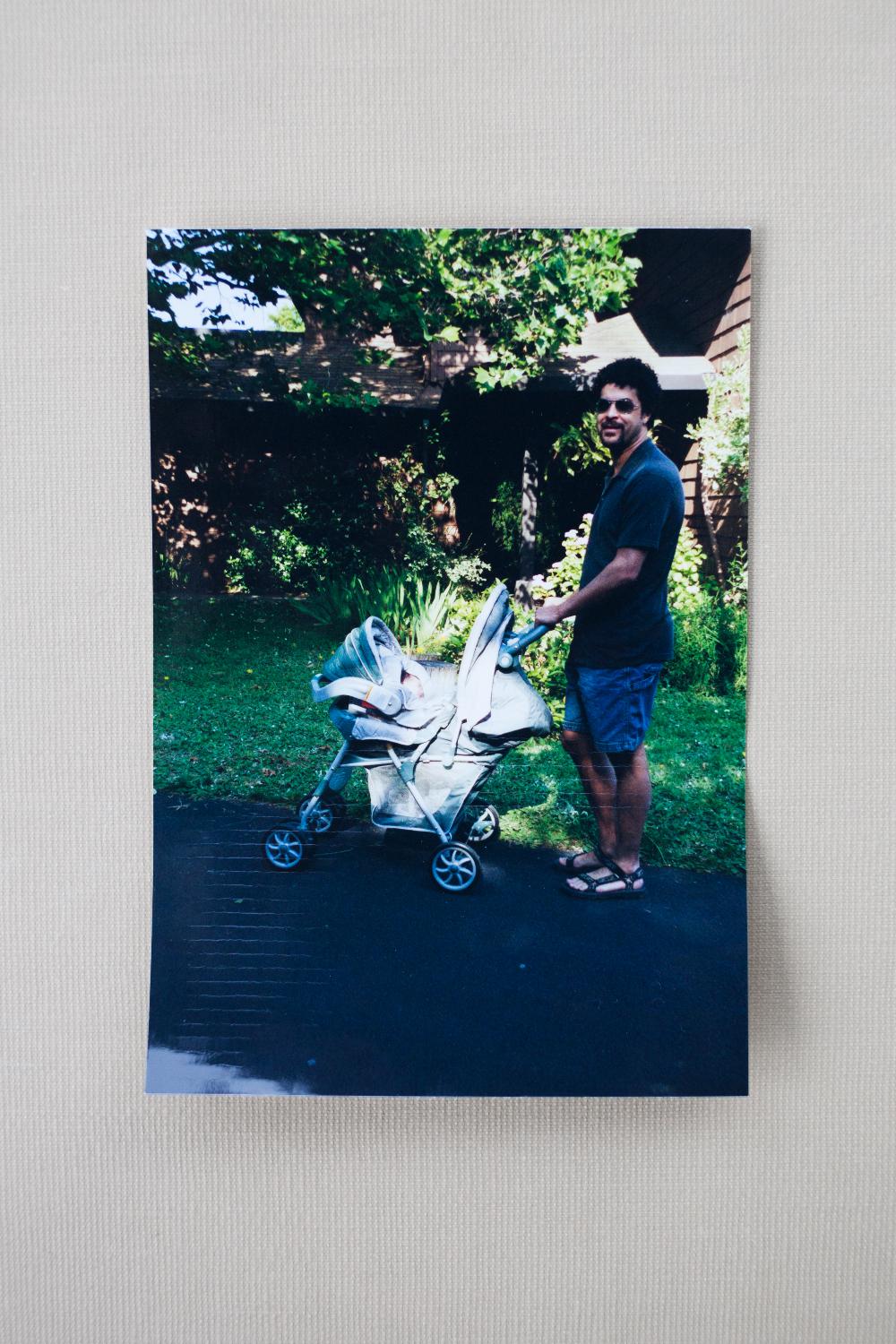 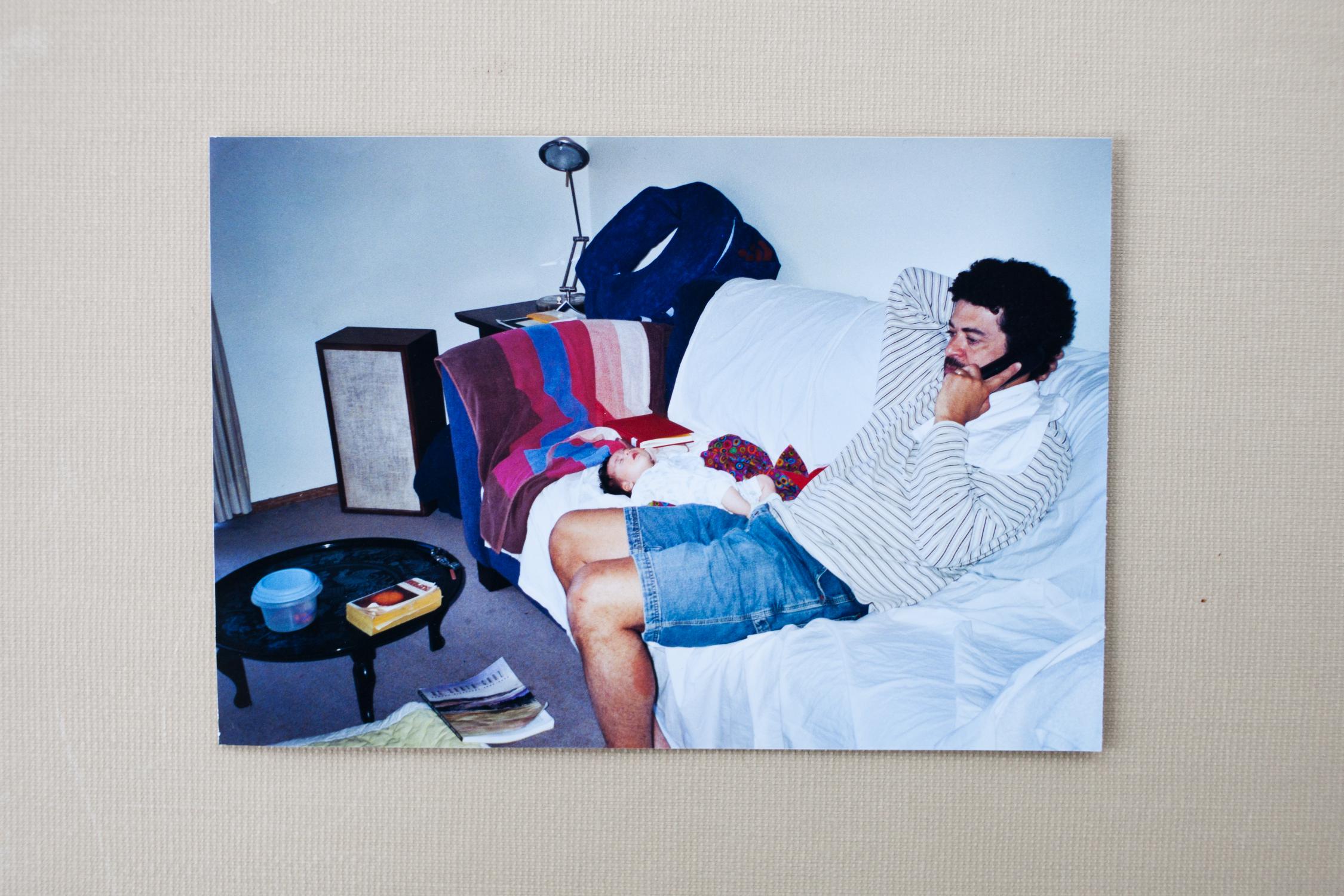 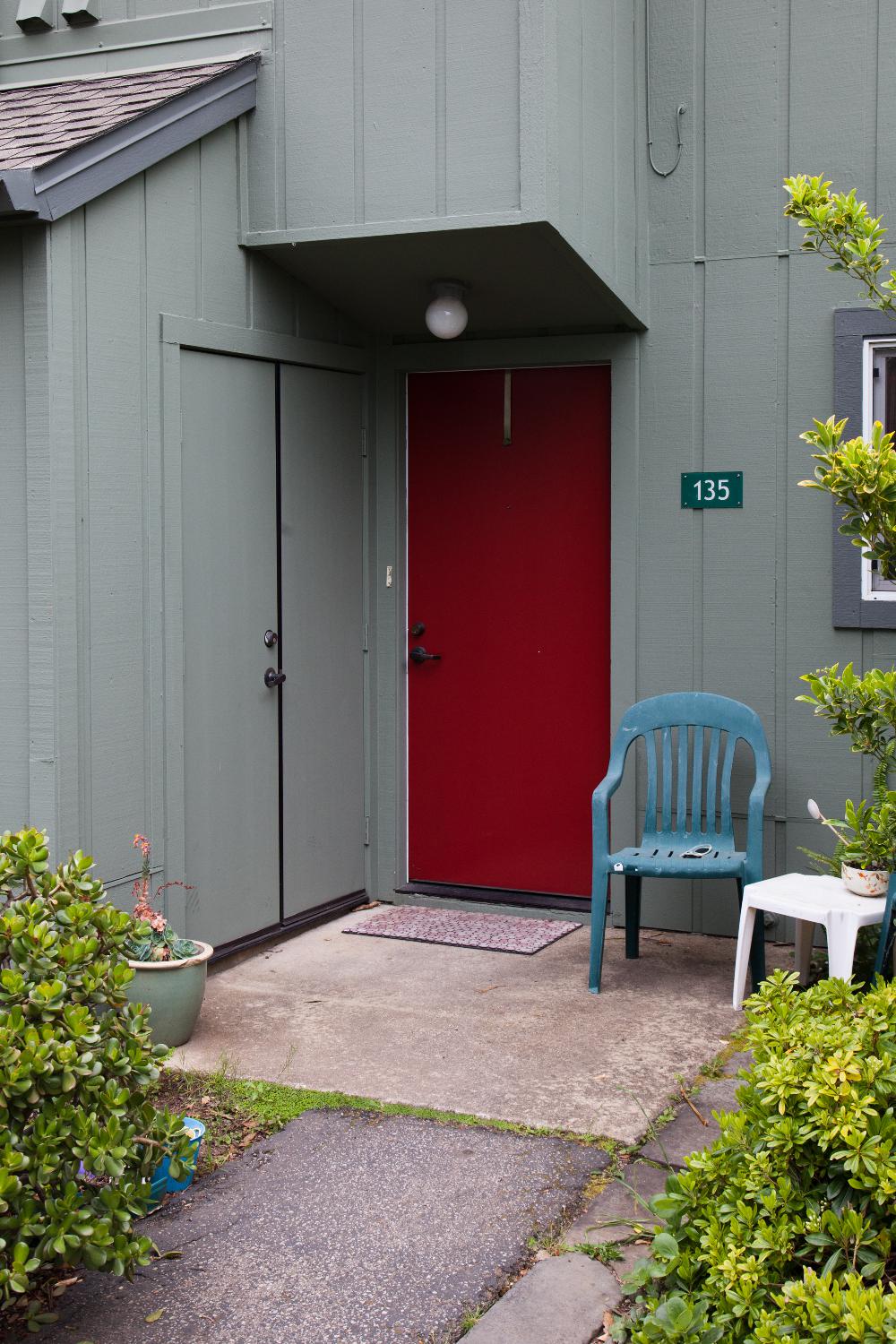 “The fifty units comprising Hagar Court were built in 1981. By the time we moved in twenty years later, our apartment had seen better days. The appliances were outdated. The curtain rods were warped …. Still, 135 Hagar Court was home.”

In Conversation With Catherine Sue Ramírez

Before the Hagar Court Condominiums were the Hagar Court Condominiums they were the Hagar Court Apartments. The University rented the two-bedroom apartments to faculty at prices below market value. Many of the tenants were in transit—for example, they were in between homes, jobs, or marriages—or they were too poor to afford a place in town. Some were single. Others were in long-distance relationships and lived alone or away most of the time. Some, like my husband and I, were childless. Others were families with two, three, or even four children. I often wondered how those neighbors fit in their compact homes.

The fifty units comprising Hagar Court were built in 1981. By the time we moved in twenty years later, our apartment had seen better days. The appliances were outdated. The curtain rods were warped. The exterior walls were a dirty, mottled beige, while the interior ones were so thin, we could hear the goings-on in the apartments flanking our own. I have no doubt our neighbors heard my husband and me during our best and worst moments as well. Still, 135 Hagar Court was home. Our furniture, much of which we’d acquired second-hand and in graduate school, complemented our apartment’s drab aesthetic. On sunny mornings, we took our coffee in our “backyard,” a small slab of concrete surrounded by wood chips, and watched our neighbors escort their children to school. Hagar Court was teeming with kids of all ages. It was a small, noisy village. We heard children riding their bikes along the paths that ran on both sides of our apartment and playing in the communal playground at nearly all hours of the day. On Sundays, we heard the washing machines rumble and shudder and the rhythmic slapping of the dryers in the laundry room. Even at night, when the housing complex was most still, we could hear the eucalyptus trees rustling, the waves crashing at Cowell’s, and the theme song to the X Files emanating from our neighbor’s TV.

Then 9/11 happened and our world changed, or so it seemed. After the flurry of phone calls, the conversations about where we were when the attacks occurred, and the distressed questions about where the US might be headed, Hagar Court fell silent. September 12, 2001, was the quietest day of my life. The FAA had grounded all commercial aircraft and not one airplane flew through the unabashedly cheerful, blue sky over Santa Cruz that day. All was eerily still.

Hagar Court wasn’t silent again until the summer of 2003. That year, the University decided it was time to renovate the units, then sell them as condos. All residents were required to move out in June, but my husband and I were granted permission to remain an additional six weeks because I was pregnant and expecting in late May. I labored for nearly forty-eight hours in our little apartment, not giving a hoot if our neighbors heard me moan, cry, scream, or curse. By the time we brought our daughter home from the hospital, many of our neighbors had begun to move away. As the days and weeks passed and the complex emptied, the dumpster sitting in the parking lot outside our front door filled up. Hagar Court became a ghost town, and while it was more run-down than ever, it wasn’t sad or spooky. Instead, the insulated village perched atop a hill overlooking Monterey Bay took on a serenity we’d never seen and that probably hasn’t been repeated. And it was all ours. Relatives from out of town came to visit and stayed in one of the many vacant apartments. Deer, raccoons, and bobcats roamed the empty parking lot. We could do laundry any time of the day and any day of the week, even on Sunday afternoons; gone were the days of having to wait for an available washing machine or dryer. Best of all, we could take our restless, colicky daughter for long walks at 2:00pm and then again at 2:00am. After she had kicked her last kick, cried her last cry, and finally fallen asleep, we listened to the rustling of the eucalyptus trees and the waves crashing down at Cowell’s.