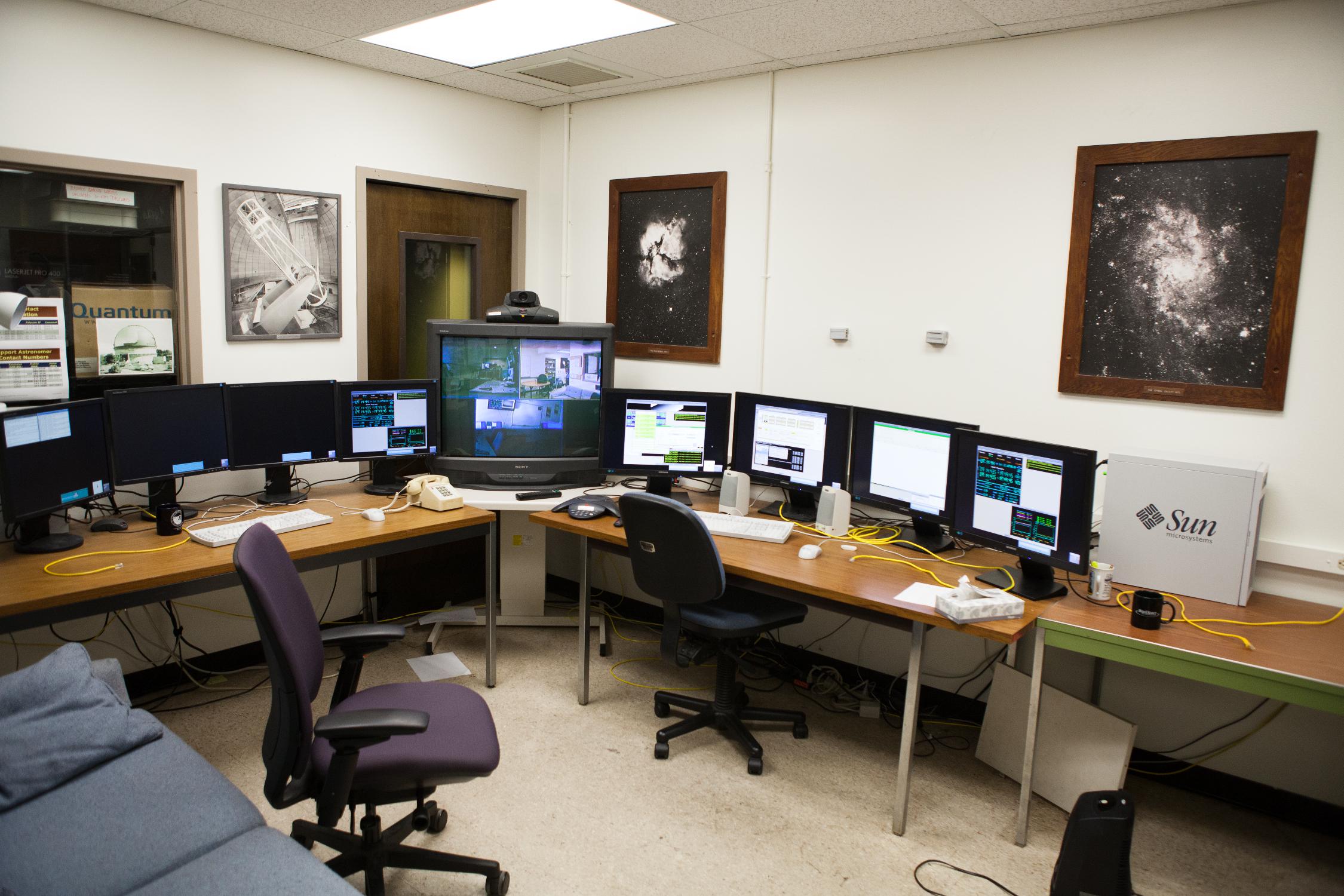 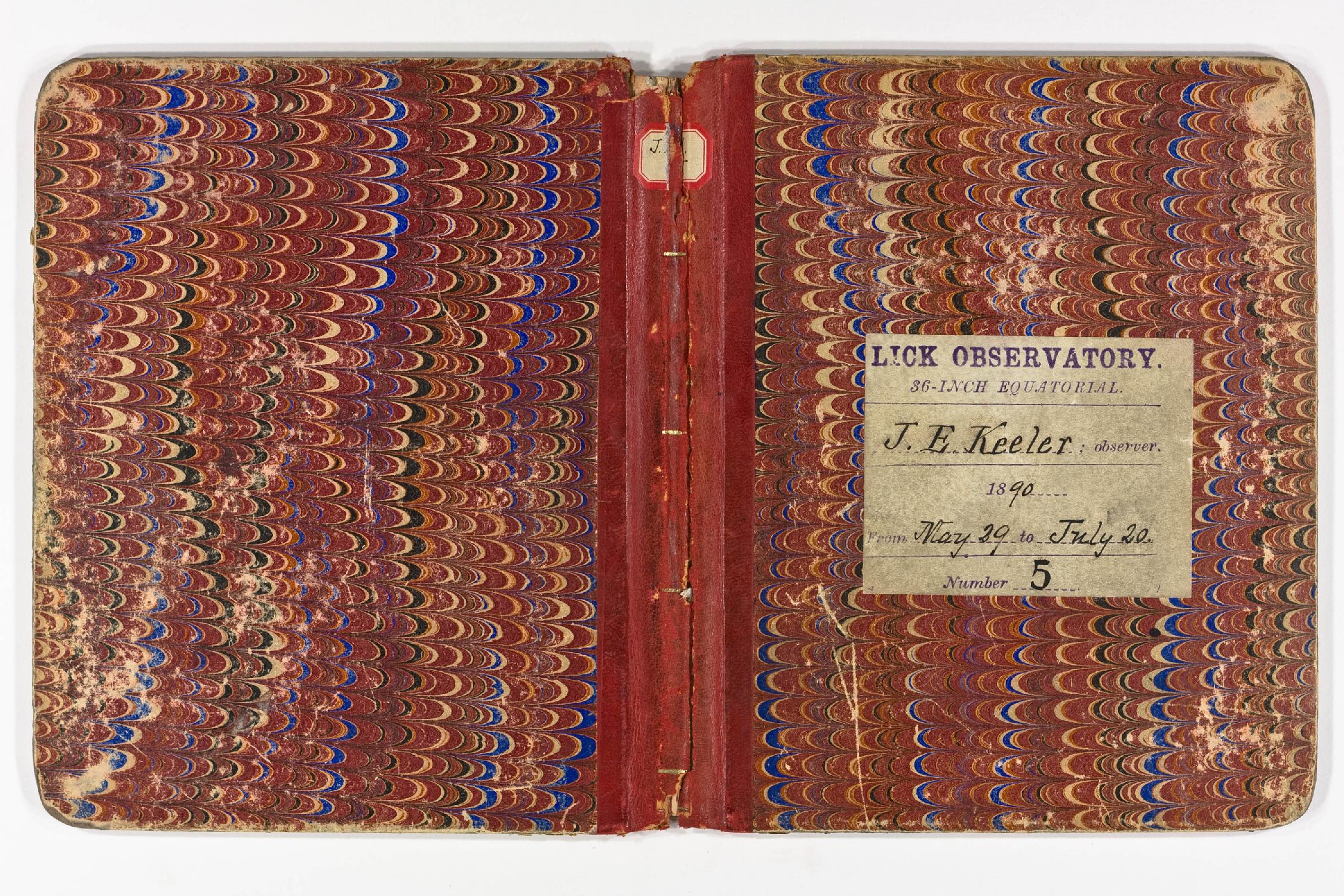 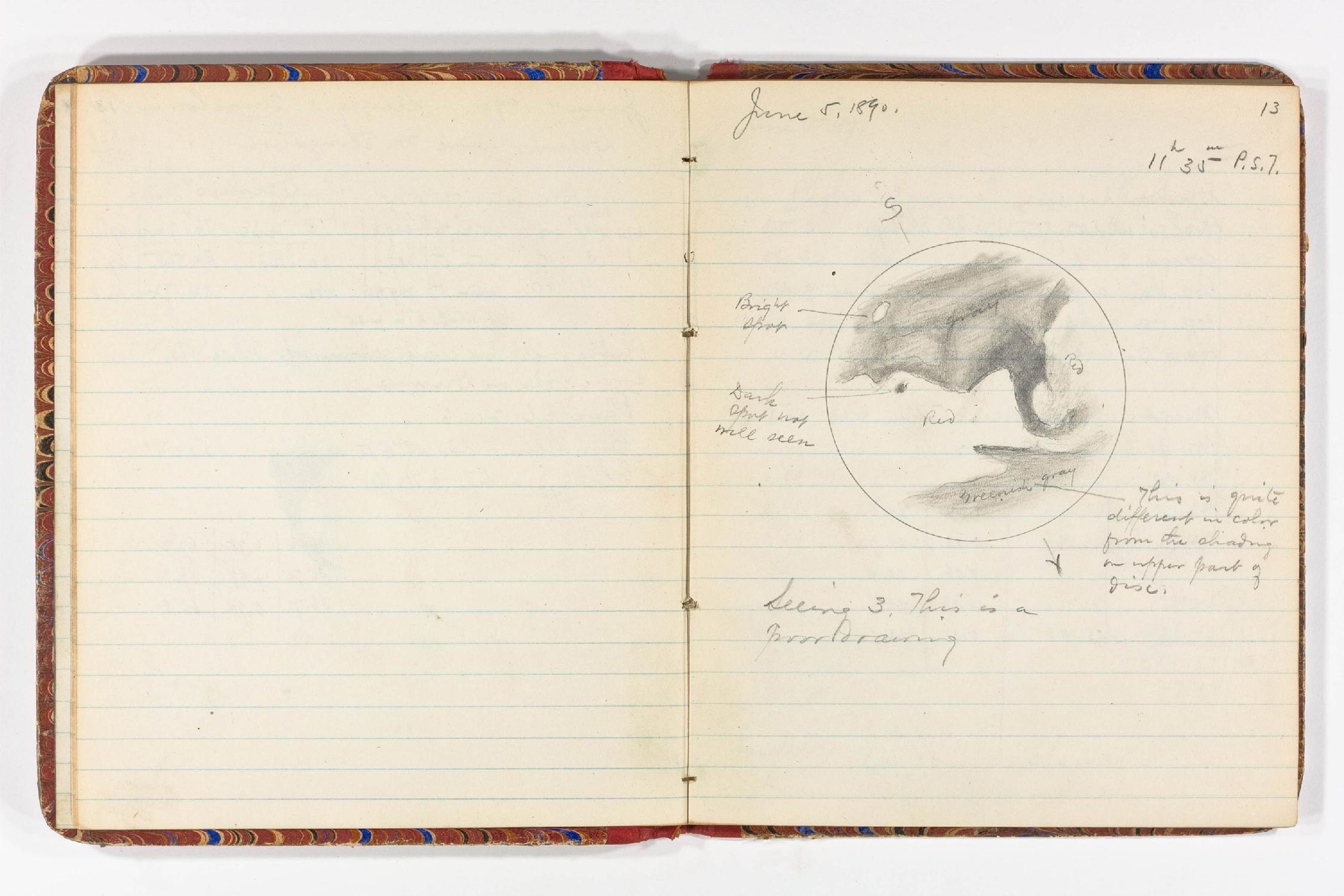 “I was eight when I went to my first sleep away summer camp on the east coast. . . . The nature counselor set up a small telescope, and I saw the mountains on the moon. That set me off; I have been interested in astronomy ever since.”

In Conversation With Claire Max

The remote observation room here means you don’t have to fly to Hawaii to the Keck Observatory or drive up the windy road to Mt. Hamilton to the Lick Observatory to do astronomical observation. You can sit right in this room and see through the equipment at the two observatories UC Santa Cruz astronomers use. So, while sometimes I fly to Hawaii, and sometimes I take that drive, more often, I come here.

When you observe remotely, it is set up to be exactly like you are at the observatories. You are telling the equipment what to do through the control panel here. This might not be quite what I had in mind when I first started being interested in astronomy, but it is a very efficient and practical way to work.

I was eight when I went to my first sleep away summer camp on the east coast. I grew up in Manhattan, and there aren’t too many stars that you can see there. But at this camp in northern New York State, the sky was really dark and there were so many stars. The nature counselor set up a small telescope, pointed it at the moon, and I really saw the moon for the first time. When I saw the mountains on the moon, all jagged and clearly mountains, something clicked for me emotionally and intellectually; there were mountains on the moon that were clearly similar to mountains here. That set me off, I have been interested in astronomy ever since.

Now, I do two things in the field. First, I work with adaptive optics. Adaptive optics are the systems that make images taken from the ground less blurry. The reason the images are blurry is because the atmosphere has turbulence in it, and it spreads out the light. We measure the distortion 100 times a second and change the shape of a special mirror to correct for the distortions at 100x a second. Now we are almost seeing as well on the ground as we would in space. I was involved in the team that built the first adaptive optics system for the Lick Observatory on Mount Hamilton and the Keck Observatory in Hawaii that we are looking through from the remote observation room here.

My contribution centered on the problem of figuring out how you actually measure the turbulence 100 times a second. Say there is a galaxy and there is a bright star right near by. That bright star can give you information about what the distortions are. It has to be bright, of course, because if you are measuring a 100x a second the time exposures are very short. You have to get enough information in one 1000th of a second to say something intelligent about what the turbulence is. But if you look up at the sky, most of the sky doesn’t have bright stars; most of the sky is black. There is only a one percent chance, really, of you looking at a galaxy and having a bright star nearby that is seen through the same turbulence.

So, we make artificial stars with laser beacons. By making a laser beam shine up to a height of about 100 kilometers into the atmosphere, we are able to make an artificial star. Then we can look almost anywhere because we point the laser anywhere and calculate the distortions.

The other thing I do is use these adaptive optic systems to do astronomy. I’m interested in colliding galaxies. It was pretty amazing the first time I saw a colliding galaxy pair. I actually was at the Lick for that, and there it was on screen, things were hitting each other- it was amazingly messy. Now we are on our 14th pair, I usually stay on campus to observe, and it has gotten more routine but still fun.

People now realize that most galaxies have black holes in their core – big black holes, a million or a billion times the mass of the sun. My research centers on what happens to those black holes when galaxies collide. Do they merge into each other? Do they go into orbit around each other? Does one get shot off into outer space while one stays around? That’s what I am doing with my team, trying to figure that out.

It’s hard to tell, but I think the answer is probably yes. Black holes are places that gravity is very strong – strong enough that Einstein’s theory of general relativity applies. Einstein’s theory of general relativity say that if you have two black holes in close orbit, they are going to be emitting gravitational waves – not light waves, but gravity waves. As the wave propagates, then, gravity gets stronger and weaker. If these big black holes eventually merge, they will emit gravity waves that, we think, will be measurable from earth – and this will happen sooner rather than later. And then the pieces will start to come together. What we are looking at will fit together, we see the black holes very close to each other, they see the gravitational waves being emitted. Then, in other galaxies where the collisions are complete, we can see if the black holes are bigger.