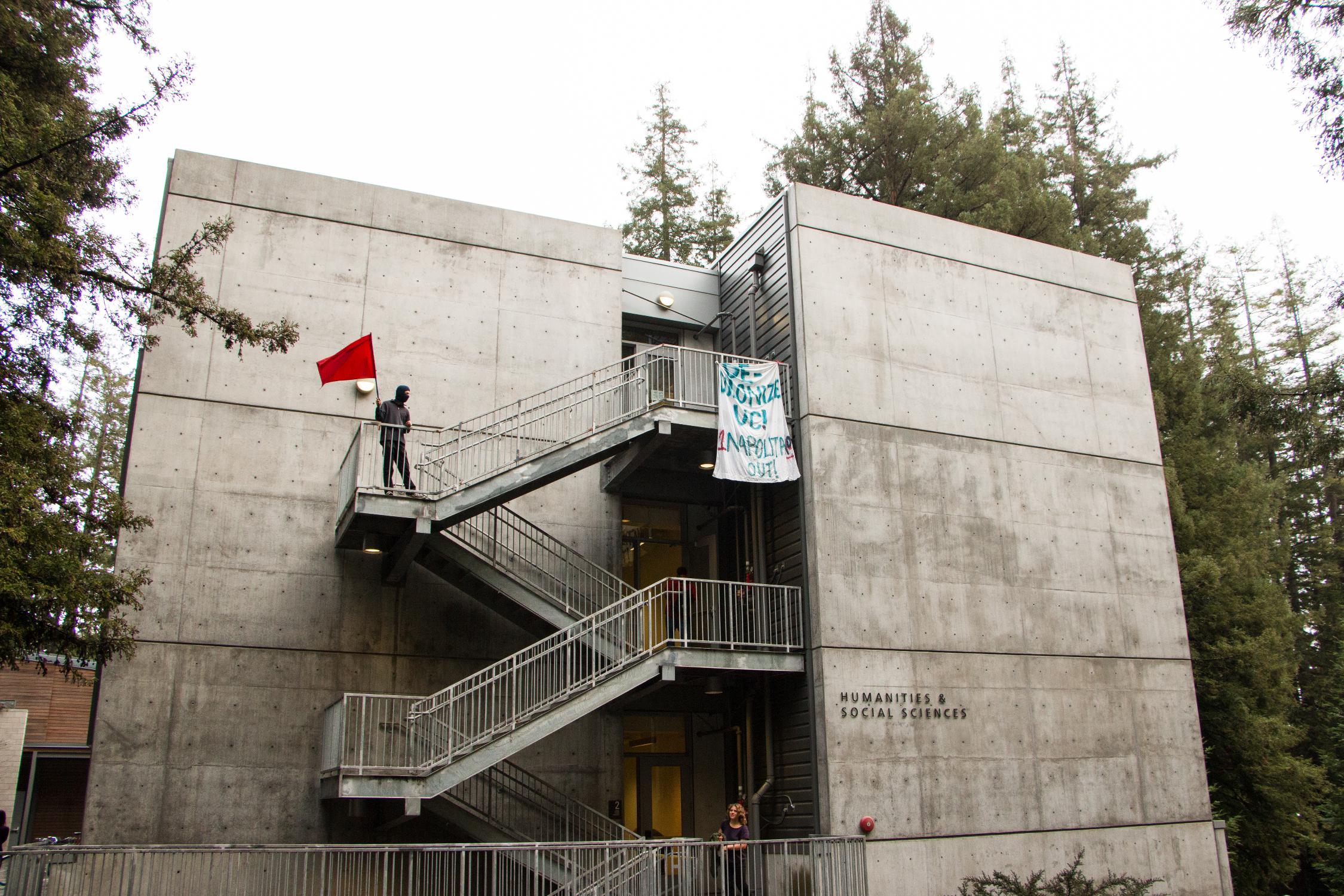 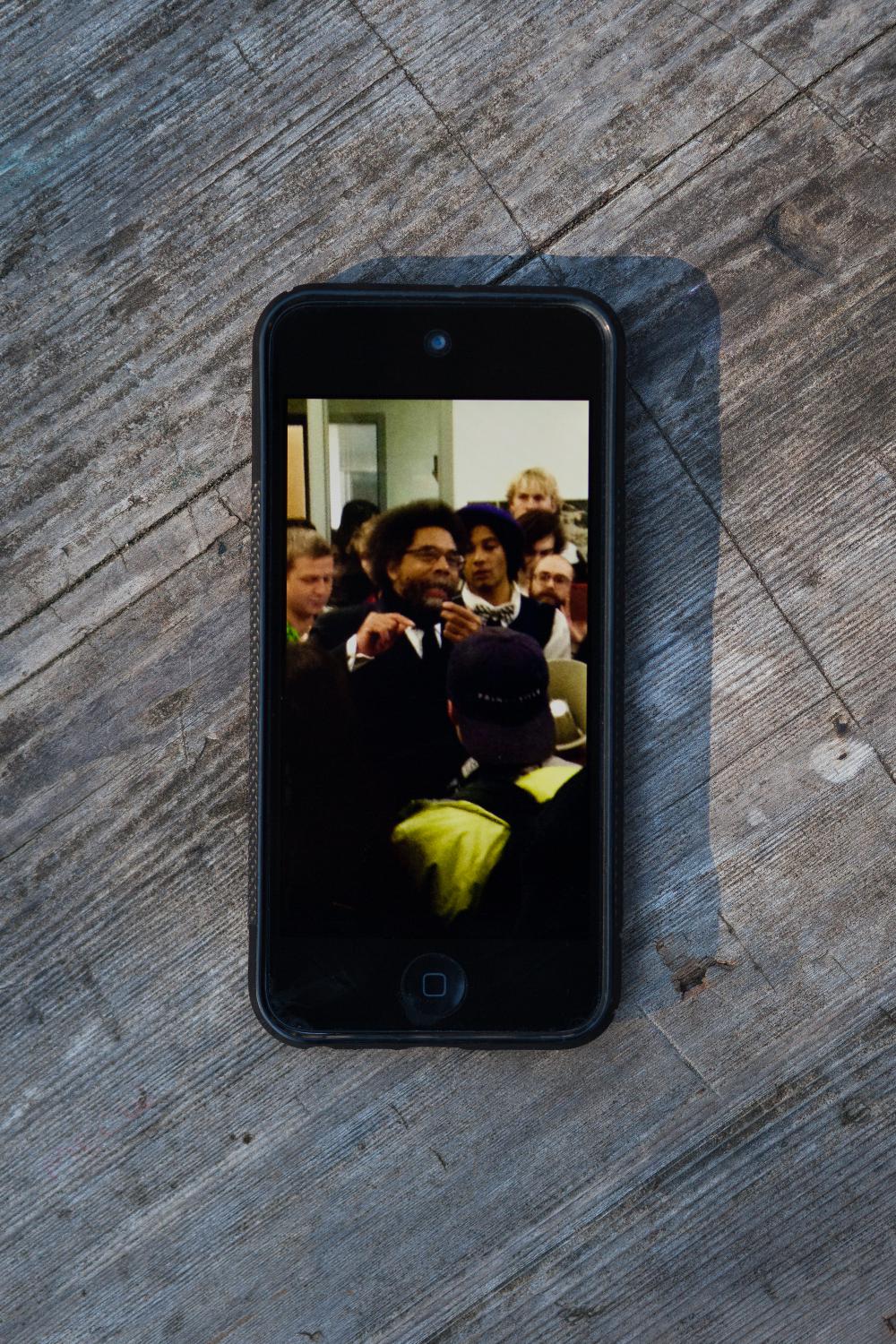 “The first night of the occupation of Humanities II, Dr. Cornel West happened to be speaking on campus…. When we got word he was coming to see us in the building, people were yelling, ‘Cornel West is coming; he’s coming now!’ Then, 30 minutes later, people were, like, ‘Well, now he’s really coming!’”

In Conversation With Haley Bott

In Fall 2014, the U.C. Regents passed a bill that would result in a 27% tuition increase over five years. This obviously makes it harder for students – especially lower income students – to go to school here. It was another step in limiting access to education to the most underserved populations in the United States. So, on a rainy day in November (it always rains here during protests), students rallied against tuition and fee hikes and the privatization of the university.

There quickly were whispers amongst the students that a night of protest was not enough to get the attention of the Regents. Someone suggested we should also occupy Humanities II. Historically, students have occupied the administrative building on campus, Kerr Hall. This time, the idea was to pick an unexpected building, taking administration by surprise.

When I arrived, people were in the building and outside. The plan spread that people were going to stay overnight, or for as long as it took to make an impact. We would stay until the administration backed down – people were upset.

The first night of the occupation, Dr. Cornel West happened to be speaking on campus about Ferguson and the popular uprisings that are ongoing in the United States against institutional racism. This overlapped with our concerns in a number of ways. Many of the people at the occupation were going to the talk and devised a plan to bring Dr. West back to speak to the occupiers. Dr. West was down to do this and walked with the protestors to the building. We got advance word that he was on his way– the word spread quickly. People were yelling, “Cornel West is coming; he’s coming now!” Then, like 30 minutes later, people were like, “Well, now he’s coming!” When he finally arrived, he came inside and walked up all the stairs and came into the main area outside of the Dean of the Social Sciences offices where people were planning on sleeping. Someone gave him a megaphone and people surrounded him. Dr. West was enthusiastic about what we were doing and told us not to back down. He expressed solidarity and stoked the fire of the protesters. He validated our reasons for protesting, pointing out the intersections of oppression in the US. When he left, we let him out the back door, unlocking it (all the doors were locked and guarded at this point). And, then we stayed. A lot of people stayed that first night. By the time I woke in the morning, many had left for class.

For the duration of the occupation, from November 20 - 26, the building was covered with banners and signs. My favorite said, “Raise Hell, Not Fees.” While the U.C. Regents did not rescind the tuition hike during the occupation, in May 2015, it was rescinded and tuition was frozen for the two following academic years. Student protests - eventually - do something.