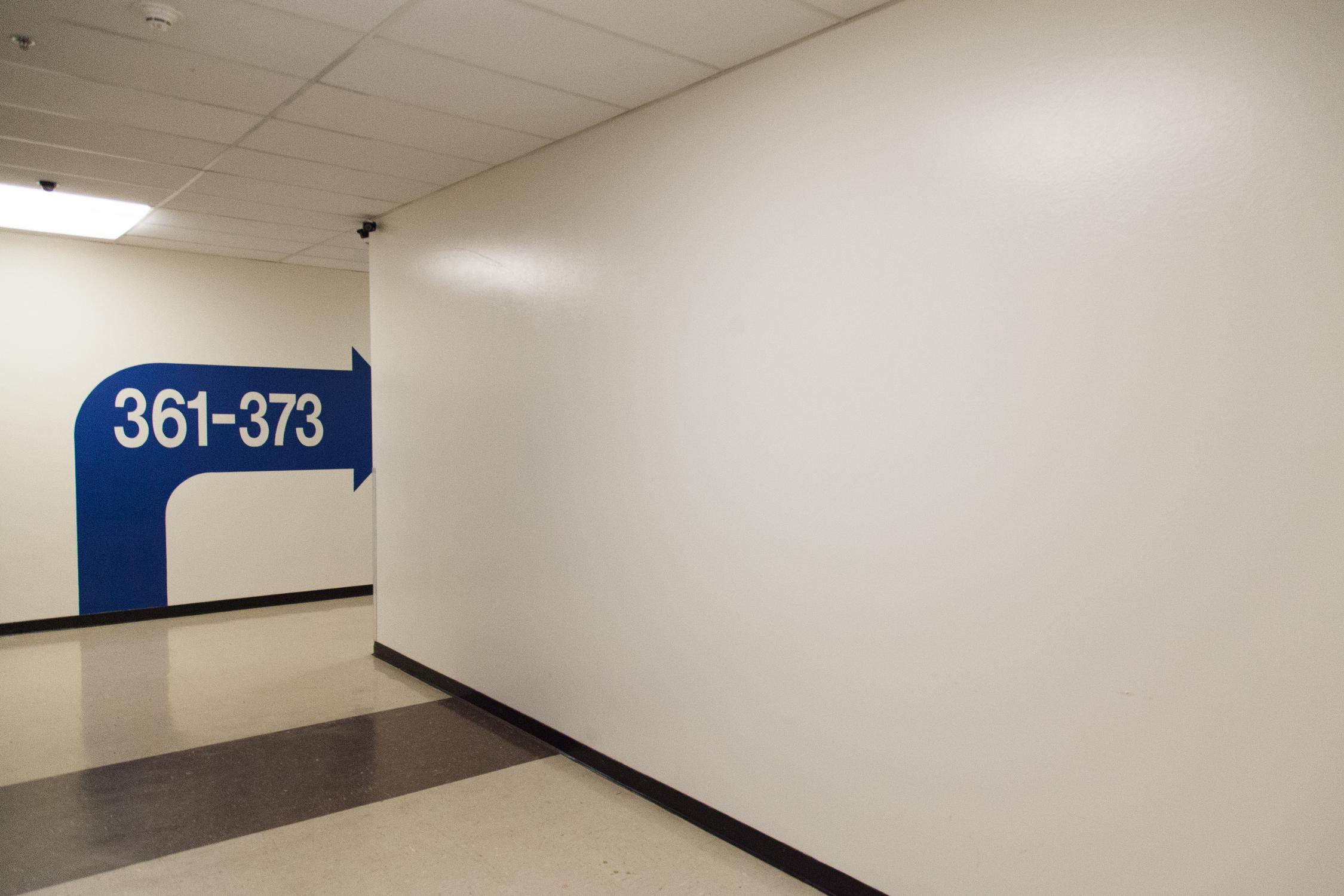 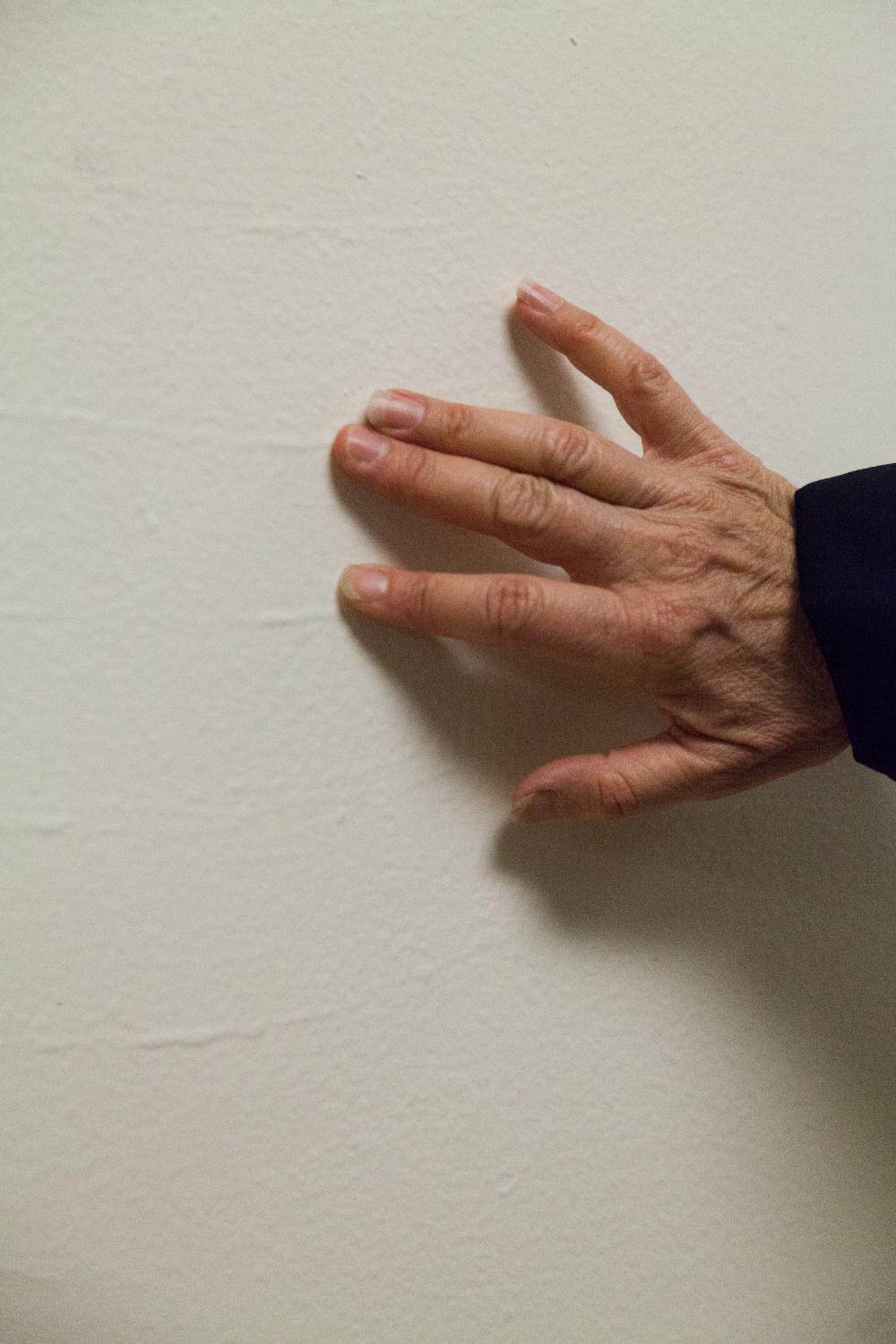 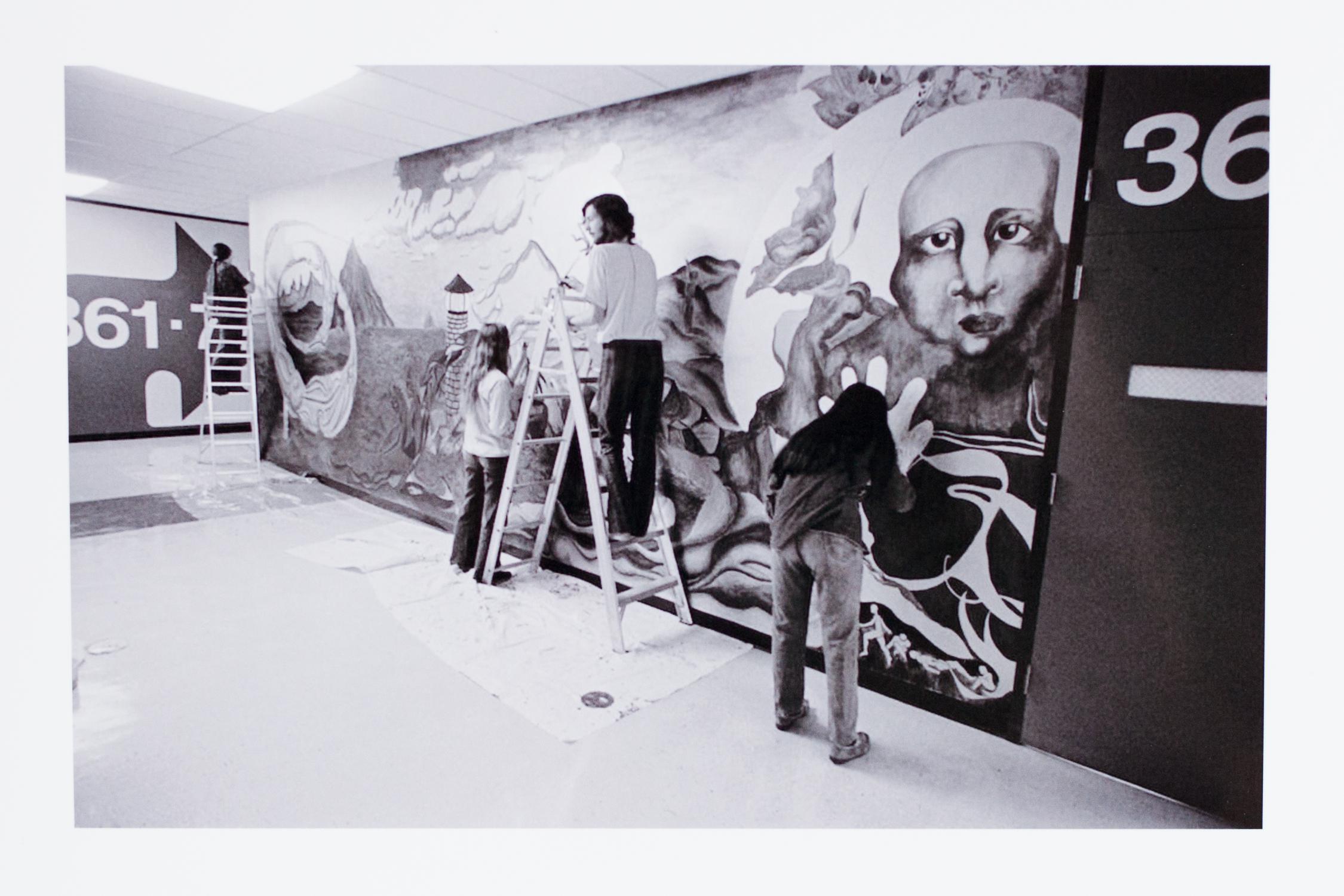 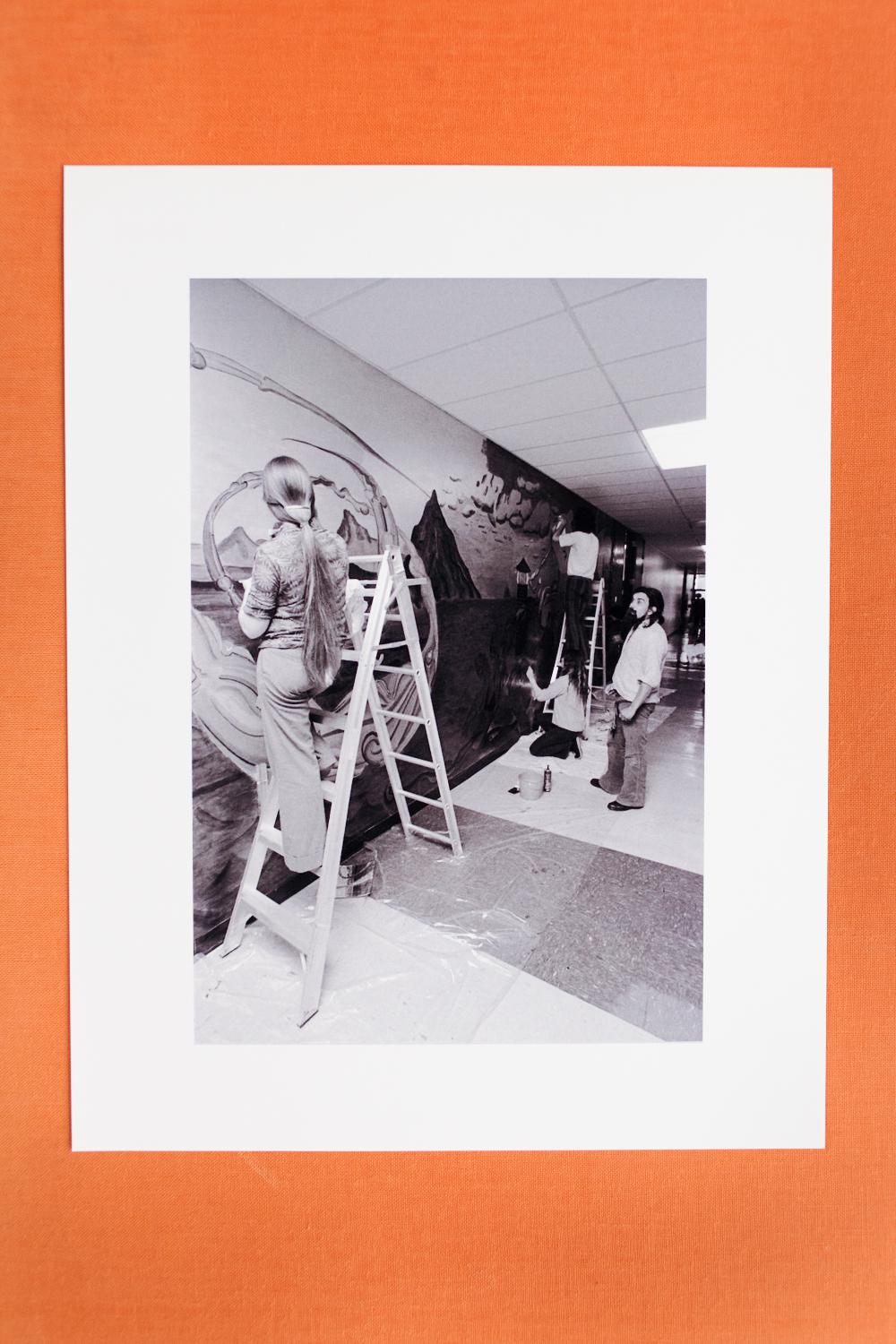 “We both enrolled in school at UC Santa Cruz in 1973, and we met each other when taking mural painting classes with Eduardo Carrillo…. You can still barely see the remnants through the white paint here of what we made during that time.”

In Conversation With Betsy Andersen and Carmen León

We both enrolled in school at UC Santa Cruz in 1973, and we met each other when taking classes with Eduardo Carrillo. Eduardo taught painting at UC Santa Cruz beginning in 1971 until 1996- for 25 years. Each of us took mural painting classes with Eduardo. These were very experimental and collaborative classes in which we worked together with our classmates to create large-scale murals. We created murals in this building that have since been painted over. You can still barely see the remnants through the white paint here of what we made during that time.

Betsy:
There are two important things that happened before Eduardo came to UCSC that inspired his teaching and the mural projects we did here.

Eduardo came to UC Santa Cruz having recently finished a large commissioned Chicano History Mural at UCLA along with Saul Solache, Ramses Noriega and Sergio Hernandez. The mural had as its themes things that were happening in the United States at the time for Chicano/a movement. It also represented aspects of the Mexican cultural history that are so importantly reclaimed in this movement. Eduardo felt his contribution to the mural was through representing this spiritual and ancestral heritage. He also learned about how to create a collaborative vision with others in the process of making this mural. The other muralists talk about Eduardo’s leadership; he really knew how to bring together distinct voices to create a cohesive vision. Eduardo brought this skill with him to UCSC and used this methodology in his teaching.

Then, shortly after that mural was completed, the Chicano Moratorium, a movement of Chicano activists, staged a march and rally in East Los Angeles. Eduardo was one of the 30,000 people who attended that rally, and the violence with which the police reacted made a huge impression- there was tear gas, people were shot. His first wife Sheila speaks movingly about the horror of that day. Here were the people that you were told were supposed to protect you now assaulting you.

Carmen:
I was there in East L.A. that day too. I was in the field in front of the stage where Caesar Chavez was supposed to talk. The field was surrounded with fences- like a baseball field. Families surrounded me. Chavez didn’t show up; instead, all of a sudden the police came in lines with their shields and their nightsticks. They marched towards us all and people were trying to run and exit with their families. Parents were trying to protect their children, but there were only a couple small exits. Parents were even trying to get their kids over the fences– the police was using tear gas . . .

Betsy:
Coming to UCSC after his work on the Chicano History Mural and after his personal experience of the violence directed towards Chicano/a families, the impact on his teaching was profound. Eduardo was convinced that public art had a role to play in giving voice to people and populations that have been marginalized. He was passionate about muralism as part of a long cultural tradition in Mexico that had political and social purposes. He realized that art could inspire collaboration and help people form a collective vision.

When Eduardo taught, he taught students who were not used to thinking in such terms how to work together to make something oddly cohesive. Working on the mural here was a powerful experience. Creating something larger than you, about putting your ideas and imagery into public, and learning how to work with others was a powerful experience. It was also about claiming the space of this big white wall.

Carmen:
For me, having Eduardo Carrillo as my mentor and my teacher was like being given an opening into a world that I never dreamed I would find a place in. Not only did he teach me to be part of something larger than myself, but he also allowed me to take pride in and express my cultural heritage.

I came to university as a single mother. Coming to this university was like coming into another world- one I envisioned but thought I would never have access. My father came from Mexico and my mother from Peru, and I was one of the first of the family to graduate from university.

My father was a ‘wetback;’ he literally came to the U.S. across the Colorado River. And, when I was a child, this was a stigma. For instance, when I was in junior high, I ran for office at school. When I was standing on the stage giving a speech, someone stood up in the audience and screamed “Who wants a Mexican in office?!?”

Painting this mural was empowering. Like Betsy said, I was taught to claim space and to have a voice. This mural also led me to working on other mural projects. The year before graduating, after painting the mural here, I worked with a group that painted murals and did art projects in Watsonville and was involved in painting the mural at the Mona Lisa which was one of the first murals painted in that area.

I painted another mural at Radcliffe school there that was later painted over. But that experience was very impactful. That was when I realized that I could share the empowerment I found in working with Eduardo. I remember being up high on the scaffolding painting the mural and noticing the young students, particularly the girls, watching me. They could see that I was empowered and had a voice, and they could see themselves in me.

Betsy:
Despite the fact that this mural isn’t here anymore, it was painted out, it still reverberates. This is Eduardo’s enduring power, and the enduring power of his words, his teaching and imagery. I am now the executive director of Museo Carrillo, an online museum that archives Eduardo’s work and also creates online exhibitions and archives of other important Latino/a artists, and I have developed educational programs to make latino/a teens aware of these artists.The empowerment we found during painting this mural continues to spread.