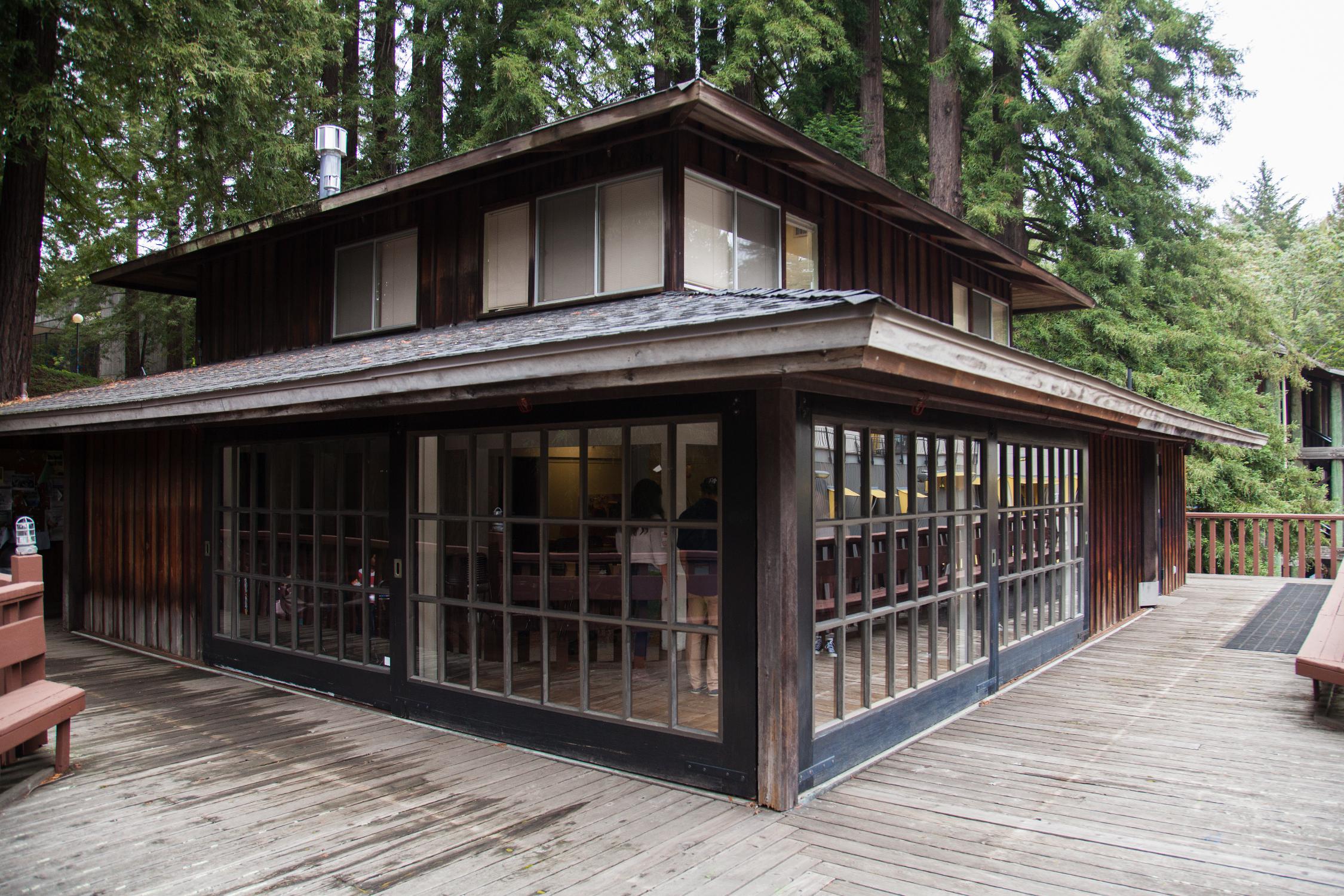 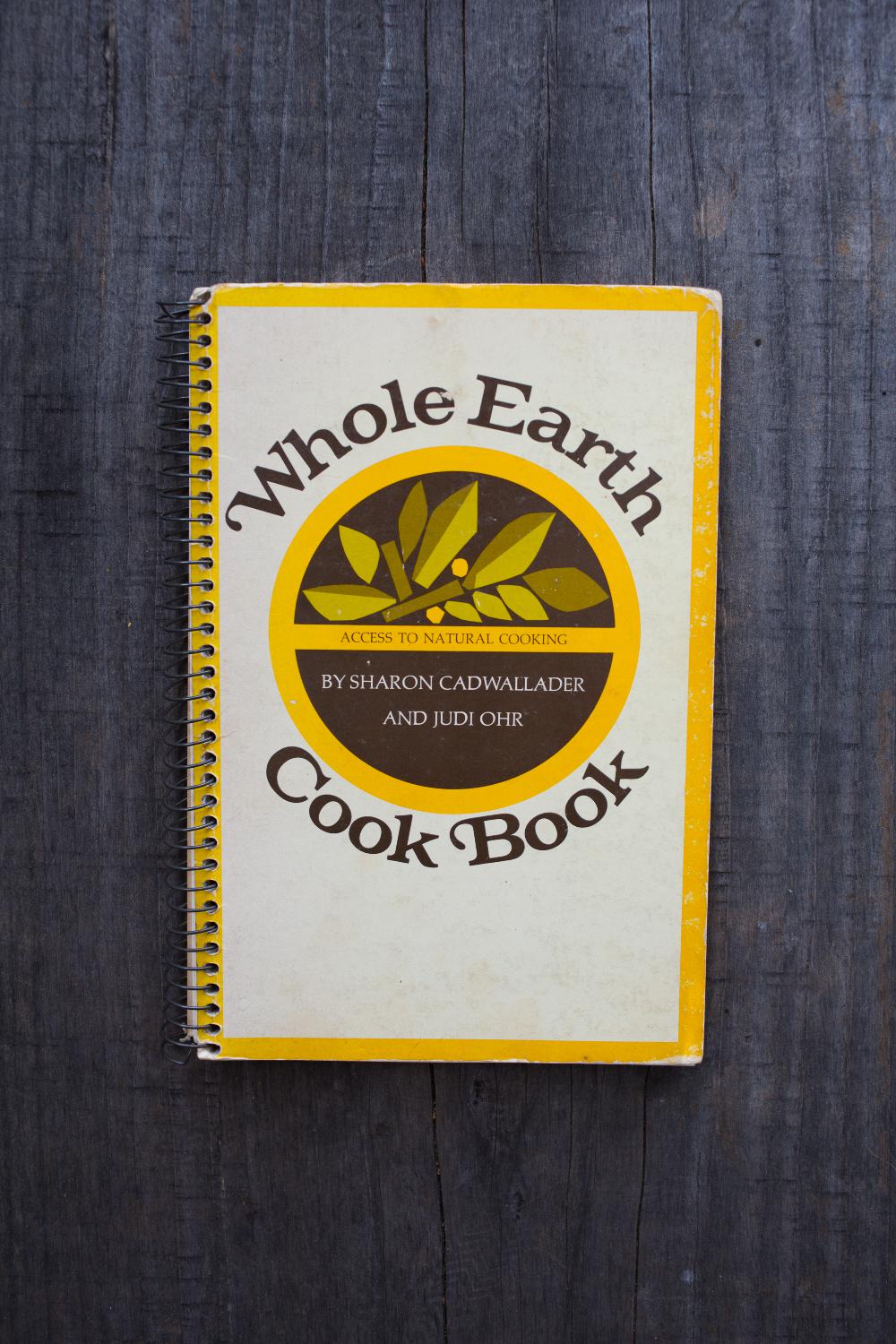 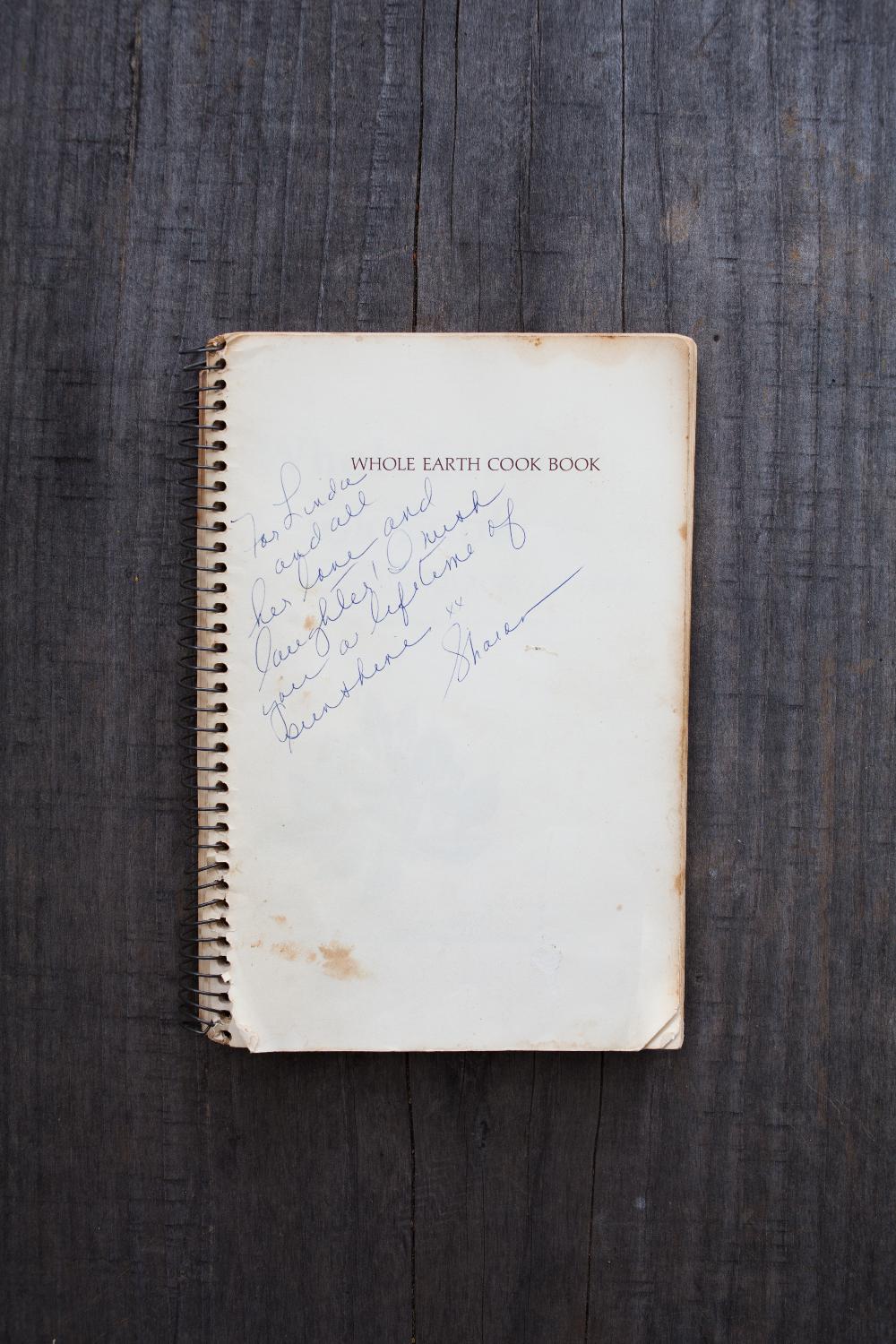 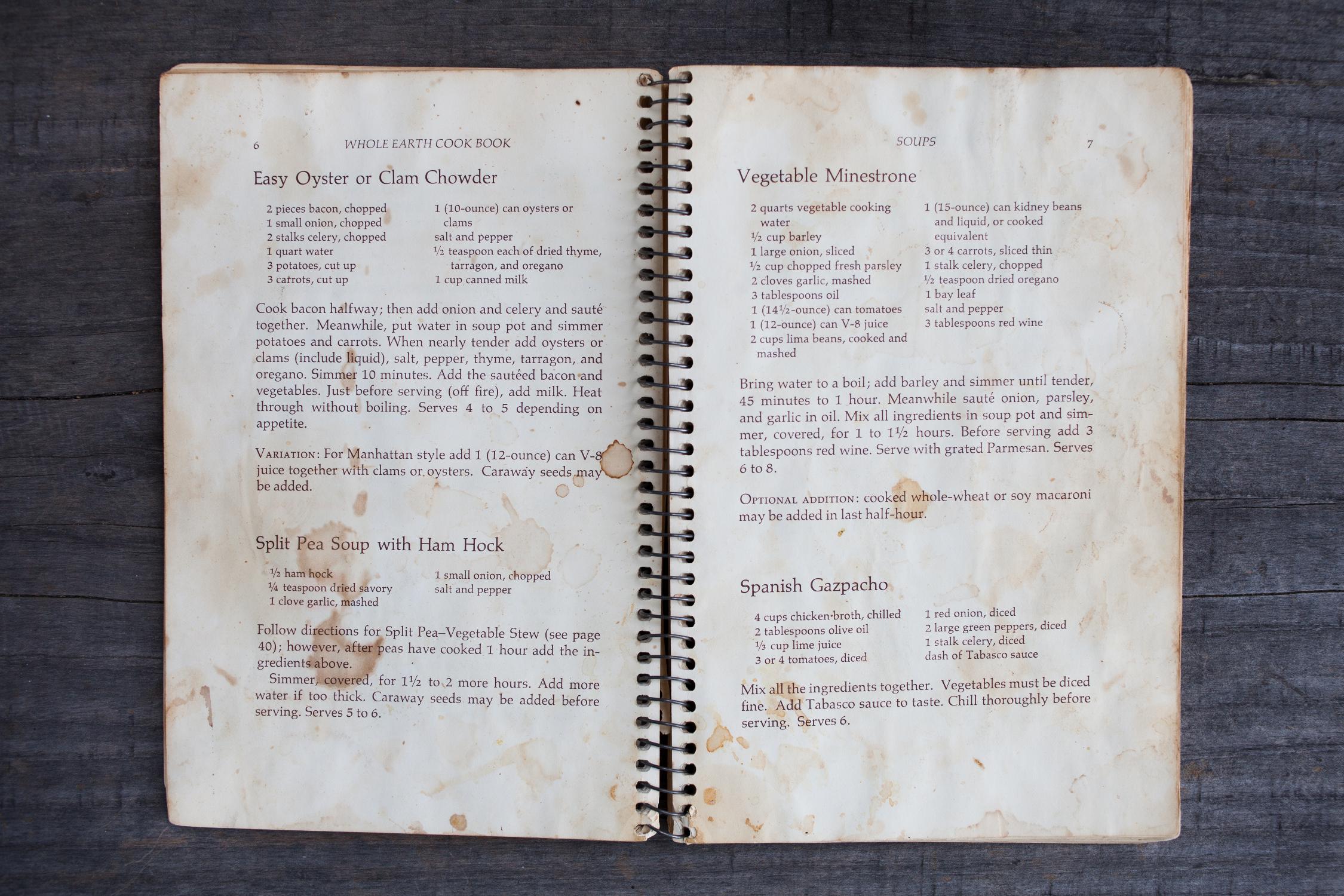 “Some of the Restaurant’s secret strategies included recycling scraps into the next soup. It turns out all leftovers – meat, vegetables, salads, grains, eggs, cheese, even bread – can be added to soup [stock].”

In Conversation With Linda Wilshusen

My hands-down (or rather hands-clapping) favorite evening shift at the Whole Earth Restaurant was when Oganookie played in the corner with their fiddles, banjos and dancing drums. I doubt anyone even tried to study during those jumpin’ jam sessions – you couldn’t help but bounce around behind the counter and wish you were out there boogying instead of working.

It was 1971. The Whole Earth Restaurant had opened at UCSC about a year earlier, by design on April Fool’s Day, 1970. Such was the irreverent but optimistic outlook of its founding fathers, Dr. Paul Lee and Rev. Herb Schmidt and others of the newly minted non-profit University Services Agency (USA, which went on to sponsor dozens of enduring local organizations like Ecology Action and Camp Joy). Featuring ‘whole foods’ and playing off the Whole Earth theme (with permission from Steward Brand, whose wedding was officiated by Lee), the Restaurant & its Cookbook became incredibly successful in popularizing California’s budding natural foods movement.

Located at the geographical (in those days) center of the young city-on-a-hill campus and one of only a handful of non-dining-hall sources of cooked food, the Restaurant served wholesome natural fare to a broad range of on-campus faculty and staff, off-campus students, and more than a few newly evangelical vegetarians.

The weekday menu was simple: sandwich, soup, and salad of the day (most often ordered as a bit of each), yogurt & granola, bread & cheese, Martinelli’s sparkling cider, coffee, tea, and cookies. Freshly baked whole wheat bread from the new Staff of Life Bakery in town encased not-quite familiar, alfalfa sprout-topped sandwich spreads such as tuna with sunflower seeds, cheddar and olives, soybeans with bacon, and egg salad with almonds.

I particularly remember the latter because in addition to simmering the next day’s soup stock, it was also the job of the evening crew to prep the next day’s sandwich spread. If you’ve ever been neglectful with egg-boiling, you know that over-cooked eggs are extremely difficult to peel; having to show up early the next morning to tackle hundreds of them encouraged extra mindfulness during the following week’s soulful, late-night dishwashing conversations.

Those wide-ranging midnight chats and the consistently upbeat ‘country kitchen’ ambiance formed the foundation for lifelong friendships, including mine with my future life partner (not that I knew it at the time, although he claims he did). The Whole Earth Restaurant was our home base, our family, our workplace, our cooking school, & our daily refuge during that formative time at UCSC. Many alumni from the early years have fond memories of dorm life & close relationships with professors, but my lasting memories are of the lunchtime appetites of hungry intellectuals & those of us who had fun serving them.

We laughed a lot, especially when things didn’t go quite the way the cooks expected: the day’s bread wouldn’t hold together (this happened often actually, as the bakery was still perfecting their baking goodness and we, our spreading technique); or the day’s soup tasted fantastic but looked like s***; and, once, in a rush to close during finals week, when the glass jar containing that day’s cash shattered from a too-careless toss into the rice bin where it was routinely hidden overnight.

I confess to balking now at yogurt and granola: that classic 70’s breakfast got me going nearly every day during those years…yeah, too much of a good thing. But I never tired of the savory soups, made daily for the lunch crowd (usually without a recipe) using fresh ingredients from Alan Chadwick’s hillside garden or from a USA-sponsored co-op in town. I eventually even mastered the #1 useful kitchen technique of using my bare hands as a mixing tool.

Our beloved Sharon Cadwallader was the creator of those delicious soups, and together with Jane Madsen formed the heart of our Restaurant family. In 1972, with help from the original Whole Earth branders & networkers, Sharon & Judi Ohr published the iconic Whole Earth Cookbook, revealing to the world some of the Restaurant’s secret strategies:
“Learn to recycle scraps into the next soup. All leftovers – meat, vegetables, salads, grains, eggs, cheese, even bread – can be added to soup[stock].
We add something crunchy to nearly every sandwich.
We make a party out of preparing meals. We hope you will do the same with your family and friends.”

Over time, as we all know, families age, friends scatter, students graduate (or not), tastes change. I graduated in June 1972 with a degree in cultural anthropology, and also concluded my two-year tenure at the Whole Earth Restaurant when it closed for the summer. The Restaurant continued on for many years, albeit with various menu and operating schemes, closing in 2002 for the last time.

It seems to me that 32 years is a pretty good run for a restaurant that started on April Fool’s Day. And soup is still my favorite dish to cook – sans recipe, of course.